The team at One Stop Repairs also specialise in MacBook screen repair. We look after the whole Apple range from standard to retina screens.

We can replace most screens in 1-2 business days depending on workload. Give us a call today and arrange an appointment so we can get you back working in no time.

All screen replacements are backed with warranty and are replaced by qualified technician.

The Screen in the MacBook Air uses a slim LED screen with backlight layers behind, when removing the LED screen there is high risk of damaging the backlight film, so an experienced technician must perform this. The other issue is if the top lid has been dented that has caused the screen to break there is a high chance that the backlight film has been damaged also.

With the MacBook Pro there are 2 components to the screen, in most cases it is the front glass the breaks not the LCD/LED this results in a cheaper and faster repair. you can usually tell because when the screen breaks it will bleed.

A MacBook screen consists of two major components, an LCD panel and a strip of LED lights called backlights. The LCD panel creates the image. The LEDs light up the image from behind the LCD panel. The LCD and LED are different concepts. There are major differences between an original Apple screen and a third-party screen as outlined here:

Backlight purity. Apple uses high-quality LEDs as backlight sources. The backlight is pure white. On the other hand, the backlight of the third-party screen is bluish. The bluish backlight degrades the vivid picture dramatically.

Backlight brightness.  High-quality LEDs provide brighter lights and remain near the same brightness over time, even after a few years. Low-quality LEDs not only produce bluish light but also have brightness degradation problem. The brightness of some third-party screens may only maintain half of the original brightness after a year of use.

Photo sharpness.  The Apple original LCD panel produces a much sharper image as you can see on the right-hand side.
What causes the MacBook screen not working?
Apple MacBook screens are a high-quality and very reliable product. Most of the times, they will not go wrong with no reason unless they have been suffered from physical impacts or exposed to liquid.  A physical-damaged MacBook screen such as a cracked screen can be easily spotted. You can see the image as well as the cracks. In this situation, you need a MacBook screen replacement.

Other types of display issues such as a black screen or dim images are harder to diagnose, as the screen itself and the video chip on the logic board would equally contribute to the symptoms. If your MacBook Pro screen has the following symptoms, you need professional advice before replacing the screen.

We can quickly and precisely find out whether your screen or logic board caused the issue. If your logic boars caused the issue, you will pay less to fix the logic board. For most MacBook Pro models, repairing the faulty logic board is much cheaper than replacing the screen. If you do have a faulty screen, our wide range of MacBook screen stocks will get your Mac laptop back to work at no time.

An Apple laptop consists of the following parts: screen, keyboard, touchpad, battery, hard drive, Wifi card, logic board, and connecting cables. The objective is to identify the faulty part and replace it. This part-replacing type of MacBook repairs are relatively simple and can be done in one business day if the spare parts in stock. We offer competitive prices for the following MacBook repairs in Wellington

The majority of Mac repair providers, including Apple stores and authorised repairers, provide services at this level only.

We provide one-stop Mac repair services in Wellington for MacBook Air, MacBook Pro and the recent models of MacBook Pro with Touch bar. If a faulty logic board is found in your MacBook while we perform the basic Apple laptop repair, we will inform you before starting the chip-level repair. At this level, we work on individual MacBook logic board components (or chips) such as CPUs, GPUs, ICs, transistors, resistors, capacitors and so on. The objective is to identify the faulty chips among the many thousands on the board and then replace them without damaging the surrounding chips. We repeat this process until all faulty chips are found and replaced, and all the functionality and stability tests have been passed. In order to perform the task effectively and economically, one needs specific electronic knowledge, detective reasoning skills, micro-soldering skills, experience, proper equipment and most importantly: a comprehensive understanding of the Apple mac logic board designs – the electronic schematic diagrams. 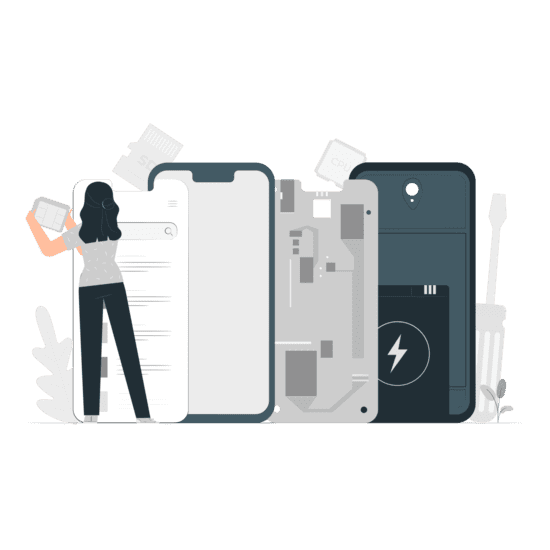